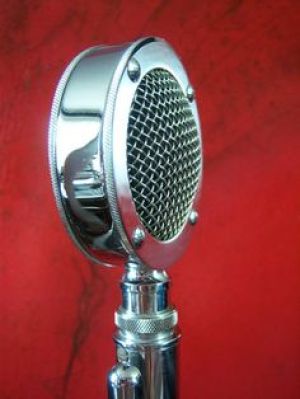 Daily Tech News Show is hosted by Tom Merritt and Sarah Lane and does what it says in the name. Each show delivers the top stories in tech combined with analysis from regular contributors and guest perspectives from the top names in technology. Or as listener Alan Char says it, “discussion and analysis of tech news in an entertaining and balanced way that is easy to understand.” Our companion show, Daily Tech Headlines, delivers the essential tech news you need to know. Together our shows...

Loveline is a syndicated radio call-in program in North America, offering medical and relationship advice to listeners, often with the assistance of guests, typically actors and musicians. Its host through most of its run was Dr. Drew Pinsky, who was paired with a radio personality. Loveline was broadcast live, Sundays through Thursdays at 10pm–midnight PT (Mondays through Fridays at 1am–3am ET). Its flagship station was KROQ-FM in Los Angeles. Syndication was usually on rock, alternative,...

Loveline was a syndicated radio call-in program in North America, offering medical and relationship advice to listeners, often with the assistance of guests, typically actors and musicians. Its flagship station was KROQ-FM in Los Angeles. Its host through most of its run was Dr. Drew Pinsky, who would be paired with a radio personality. Loveline was broadcast live, Sundays through Thursdays at 10pm–midnight PT (Mondays through Fridays at 1am–3am ET).[1] Syndication was usually on rock,...

The Rachel Maddow Show is a news and opinion television program that airs weeknights on MSNBC at 9-00 p.m. ET. It is hosted by Rachel Maddow who gained popularity with her frequent appearances as a liberal pundit on various MSNBC programs.

Podcasts from the general Internet mirrored by bobarchives for posterity.

Podcasts from the general Internet mirrored by gnu/archive for posterity.

Podcasts from the general Internet mirrored by godane for posterity.

A collection of podcasts downloaded from the net by rudolphd for posterity.

Come learn how to run your own server from REAL SysAdmins that do it for a living.
Topic: administrator, bsd, education, education/training, freebsd, linux, openbsd, server, servers,...

Madison-area progressive radio takes another hit. John "Sly" Sylvester’s daily call-in program has been booted from 93.7 WEKZ-FM. Sylvester, a longtime liberal commentator, announced on his Facebook page that he learned of the change Friday. WEKZ is part of the southern Wisconsin/northern Illinois Big Radio regional chain of eight stations, based in Monroe. He will remain a DJ for the station.

Sojourner Truth with Margaret Prescod is a public affairs program that airs Tuesday through Friday on KPFK Radio from 7 to 8 AM (PST). Sojourner Truth brings you news and views on local, national, and international policies and stories that affect us all. We draw out how those of us most impacted - women, communities of color and other communities are responding. We also discuss the inter-relationship between art and politics. At the start of our show we bring you the headlines of the day. Host...

In 2004 and 2005 and with additional work in 2006, Jason Scott set up a server to extract and save off 14,000 episodes of podcasts in the relatively early "podcast" era, when serialized shows were being generated by many different entities on a regular basis and provided via an RSS feed. 10+ years later, these items are now presented for listening.

The 700 Club is the flagship television program of the Christian Broadcasting Network, airing in syndication throughout the United States and available worldwide on CBN.com. Airing each weekday, the news magazine program features live guests, daily news, contemporary music, testimonies, and Christian ministry. In production since 1966, it is one of the longest-running television programs in broadcast history. It is currently hosted by Pat Robertson, Gordon P. Robertson, Terry Meeuwsen and Wendy...

Original: https://youtu.be/XsdFBkLwoLE https://web.archive.org/web/20220603163956/https://www.youtube.com/watch?v=XsdFBkLwoLE The description says: Russell Hartley made a response video to defend himself after the things I said in my video. So for episode 107 of my podcast, I decided to sit down and go through his rebuttal to see what the fuss is all about. Enjoy!  my video about Russell: https://youtube.com/watch?v=y5kN4H2t26I MY SOCIAL MEDIA: ► https://www.instagram.com/kurtisconner/ ►...
Topics: YouTube, misogyny, machismo, criticism, youtuber, opinion, Kurtis Conner, video, response, reaction...

Radiolab is a radio program produced by WNYC, a public radio station in New York City, and broadcast on public radio stations in the United States. The show is nationally syndicated and is available as a podcast. In 2008, Radiolab began offering live shows. Hosted by Jad Abumrad and Robert Krulwich, the show focuses on topics of a scientific and philosophical nature. The show attempts to approach broad, difficult topics such as "time" and "morality" in an accessible and...